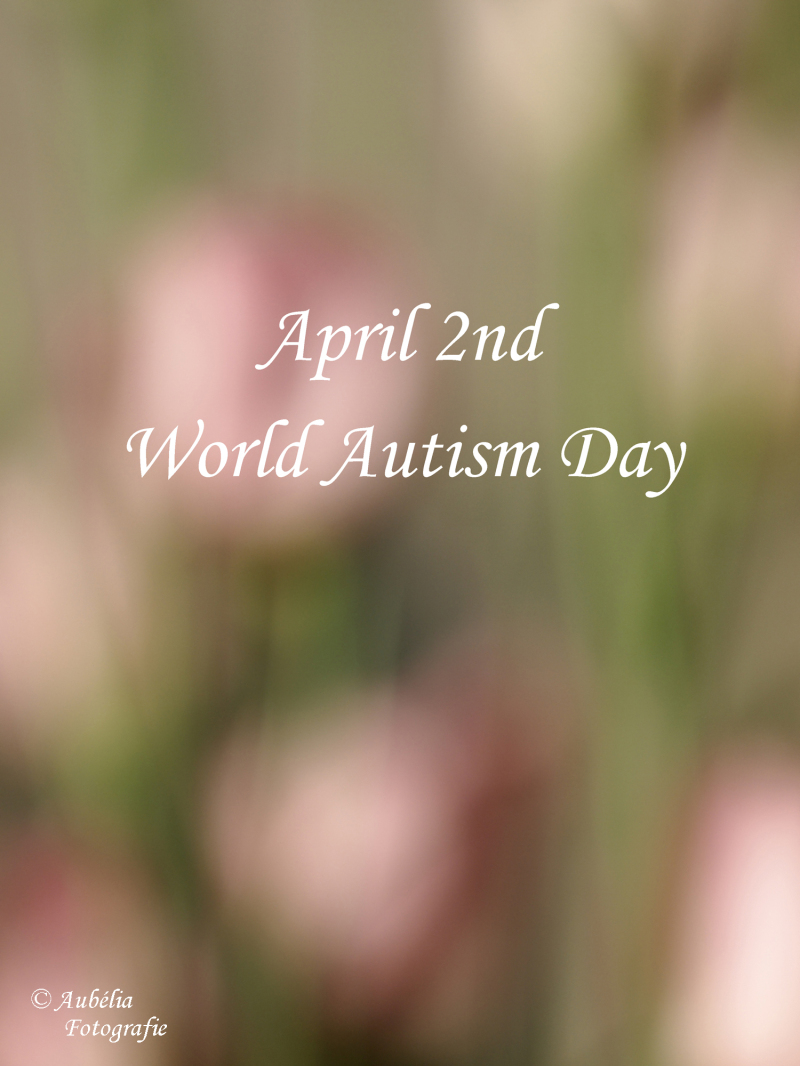 Previous Next
← previous day next day →

Posted by Aubélia (Kortrijk, Belgium) on 2 April 2012 in People & Portrait and Portfolio.

Communication - both verbal (spoken) and non-verbal (unspoken, such as pointing, eye contact, and smiling)

Social - such as sharing emotions, understanding how others think and feel, and holding a conversation

Thank you for taking a look at my photos.

© 2010 Aubélia Vanneste
Please do not use any photos on this site without my knowledge and explicit permission. Thank you.

Oo - totally forgot about that! happy autism day! We rule the net, dear.

a special day for remarkable people !!

Thank you for sharing this beaitiful image a beautiful message. We have a group of young people walking from Durban to Cape Town raising the awareness of autism. which I think is wonderful.

You are very brave to say that you suffer from this condition, and to bring out varied symptoms. People are shades of everything-Introverts have some extrovert tendencies, socially aware people sometimes make real social gaffes, calm people can be angry. Autism isn't a heavy blanket that covers you, it's a thin sheet that you can throw off....sometimes. I hope that you can increasingly throw it off when you want to

Excellent reminder to help us keep autism in mind and the perfect image for a backdrop.

As Chris mentions above, you are very brave to say that you suffer from this condition.
Thank you for reminding us of this very important day.
Have a beautiful day.

Beautiful we pray the day comes when people more understand Autism and not be so afraid to reach out to those who are affected by it:)

excellent. there has a been a huge increase of autism in the us

lovely image and also your message will not forget Aubelia.

Beautiful image of a great message.

Wonderful presentation on this special day. An amazing image and a powerful message.
Love it, Aubelia. All the best.
I share the views of C Elliot, J.R. and others as above. We pray that people understand Autism and be kind and helpful to those who are affected by it. :)

@Sam: Sam, Thank you for these words. Have a nice day. Aubélia

Your photography is outstanding. I love the softness and how you capture the beauty of blossoms. Your processing and way of framing the image is an extra treat to the image. I am happy that you have this passion, your style is unique, how you photograph and process stands out from the others. Thank you for sharing your talent and awareness to autism.

@Barbara: Hi Barbara, Thank you for your nice words !